Rebroadcast
Schedule
About the Speakers

The live broadcast has not started... 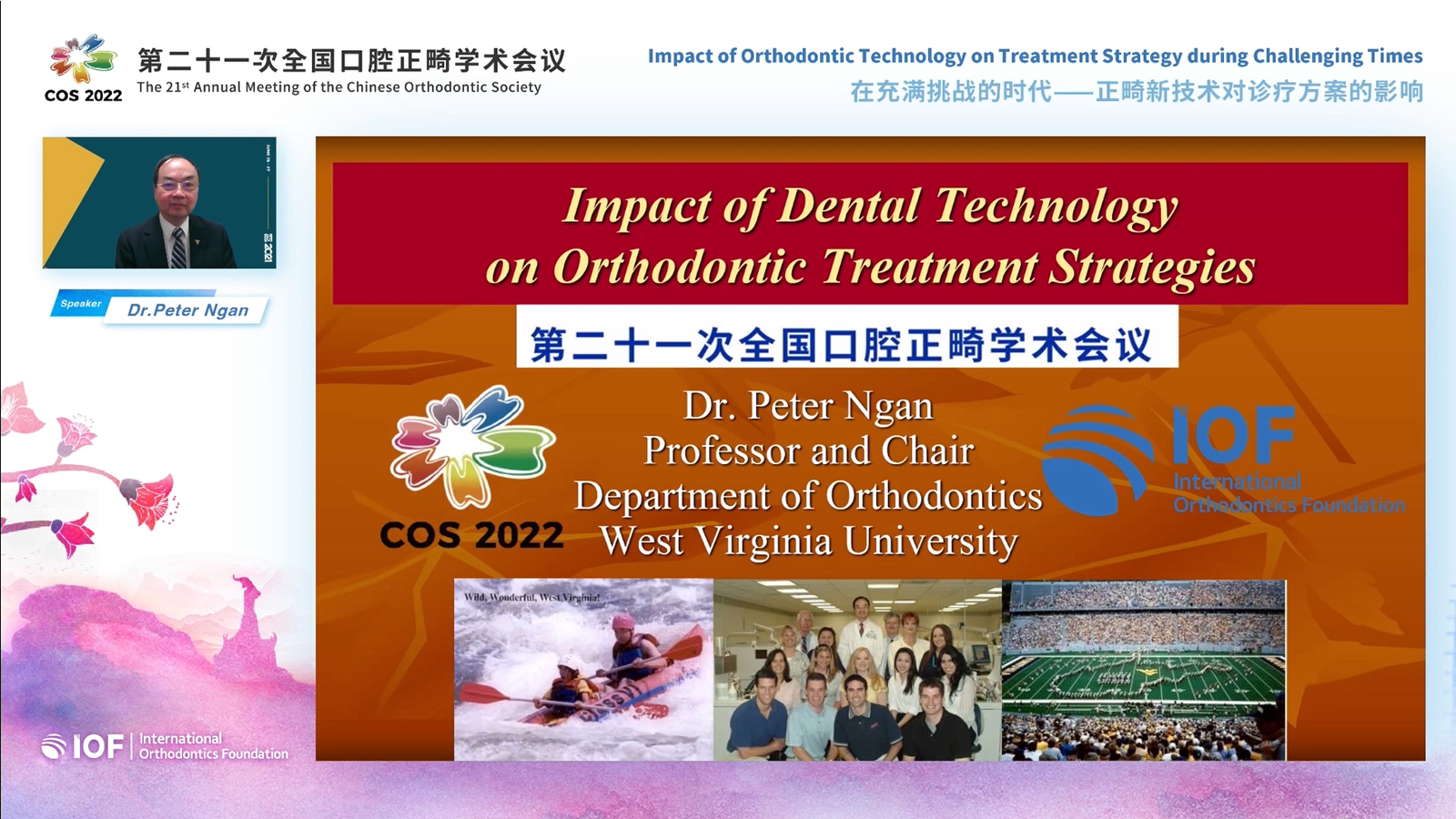 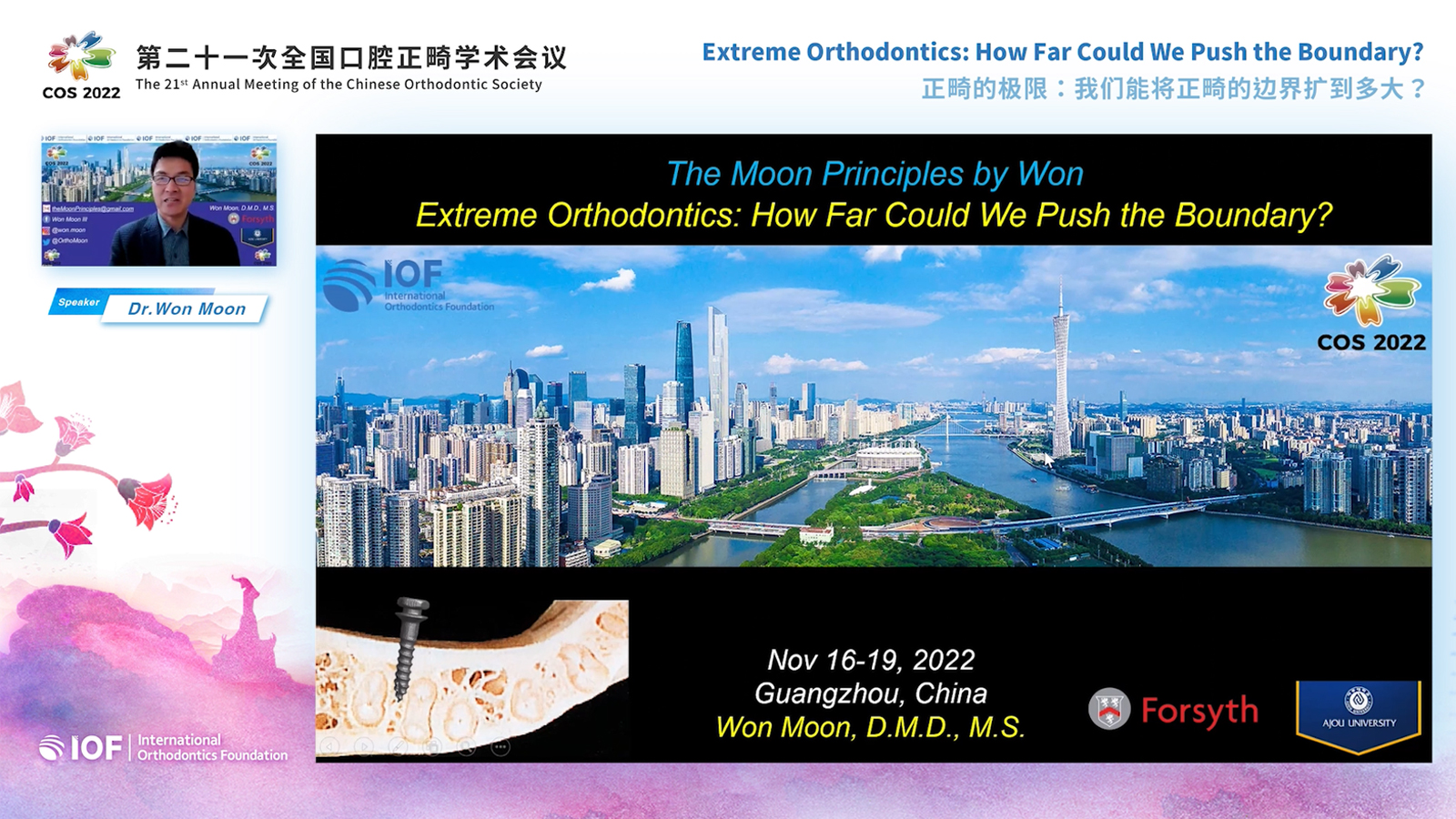 2023-01-04
Extreme Orthodontics: How Far Could We Push the Boundary?-Dr.Won Moon 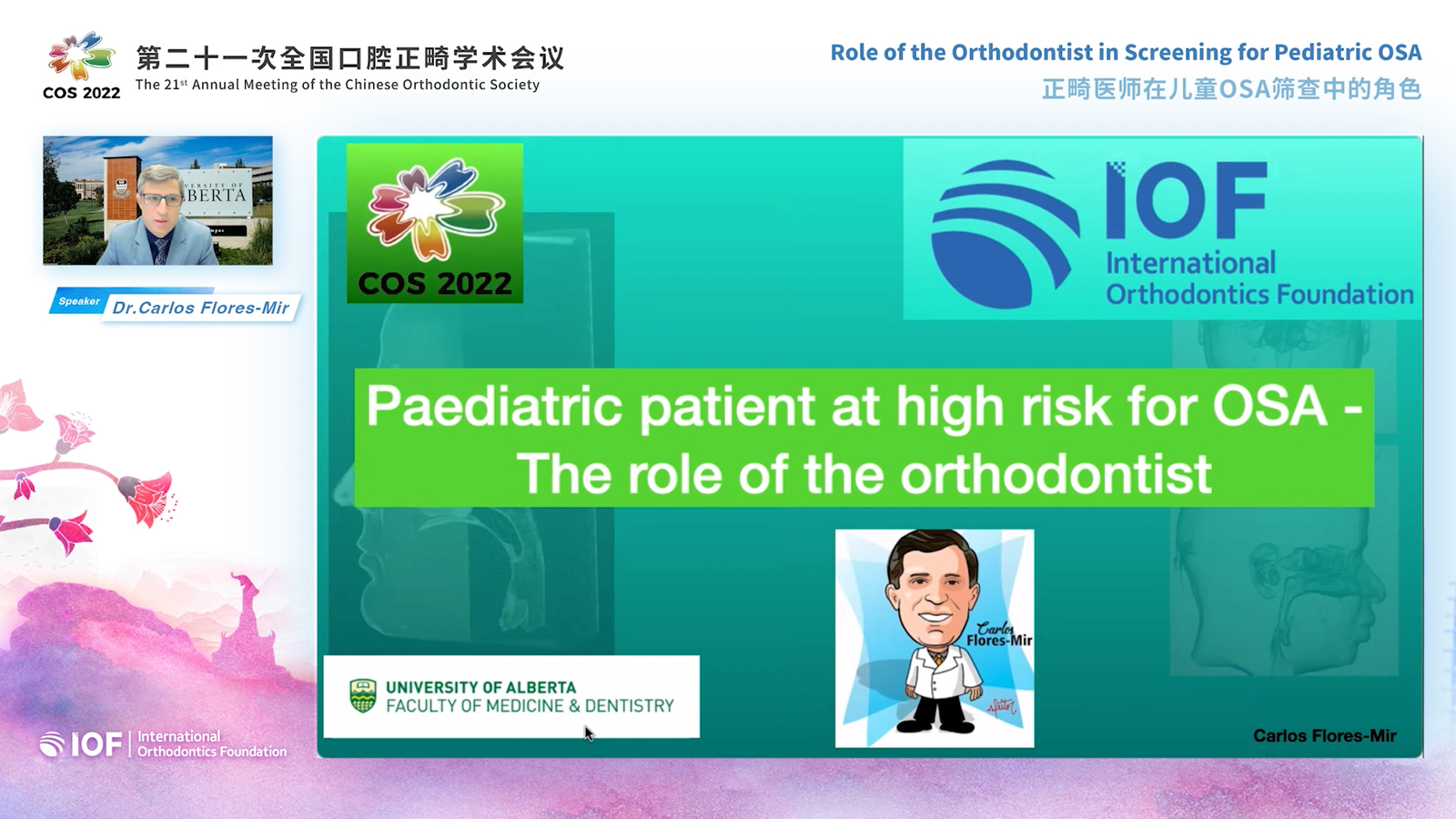 2023-01-04
Role of the Orthodontist in Screening for Pediatric OSA-Dr.Carlos Flores-Mir 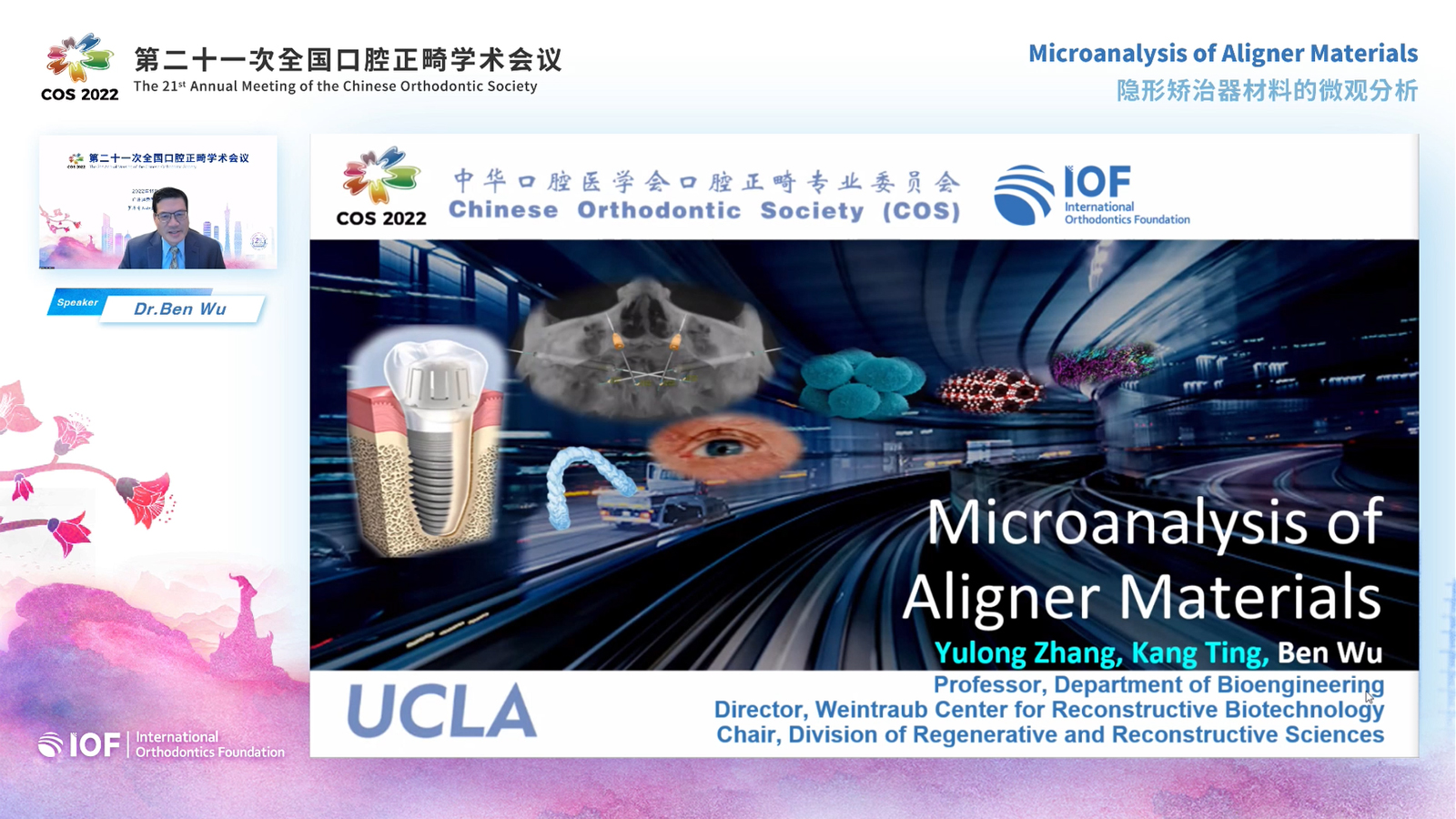 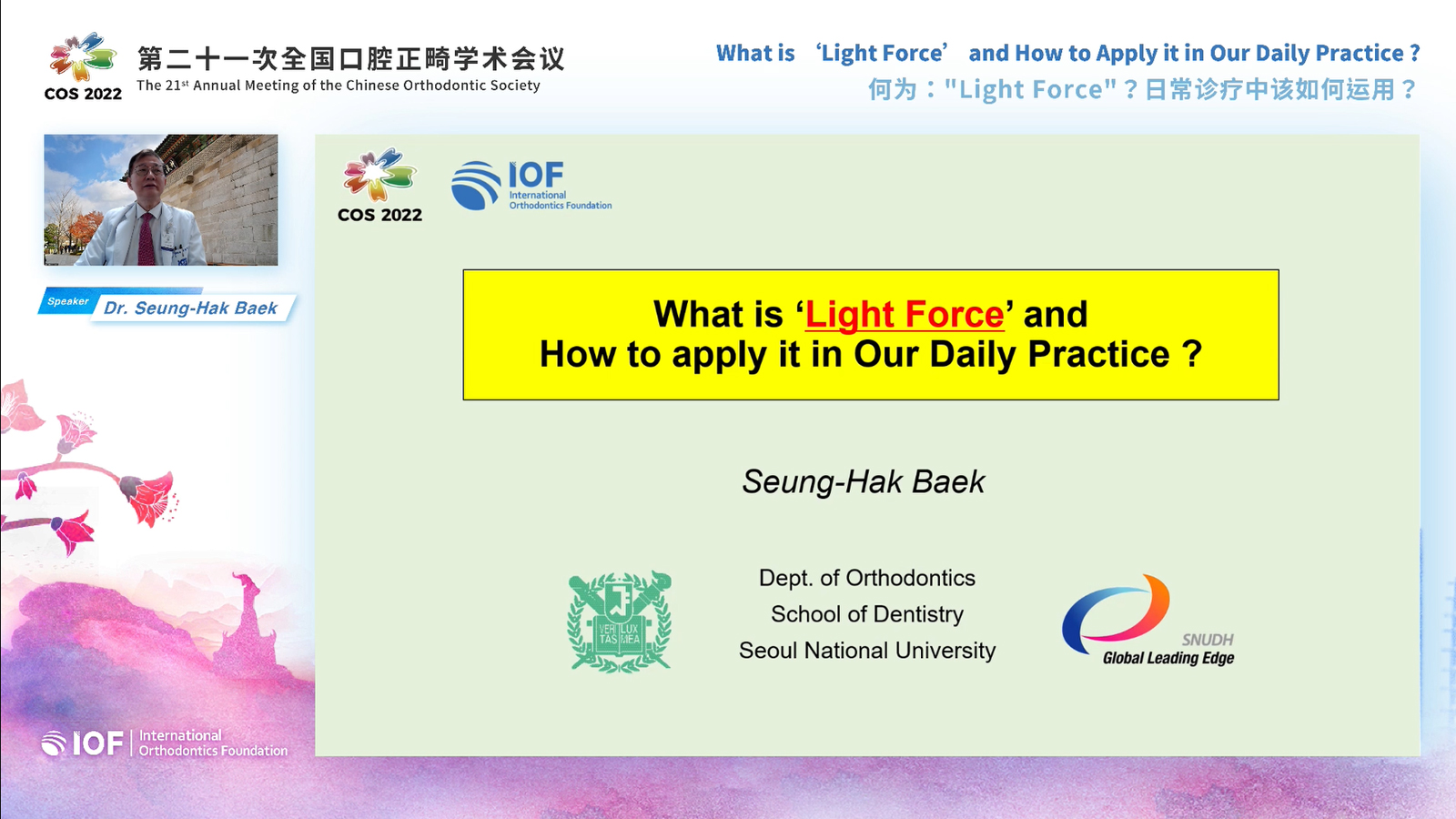 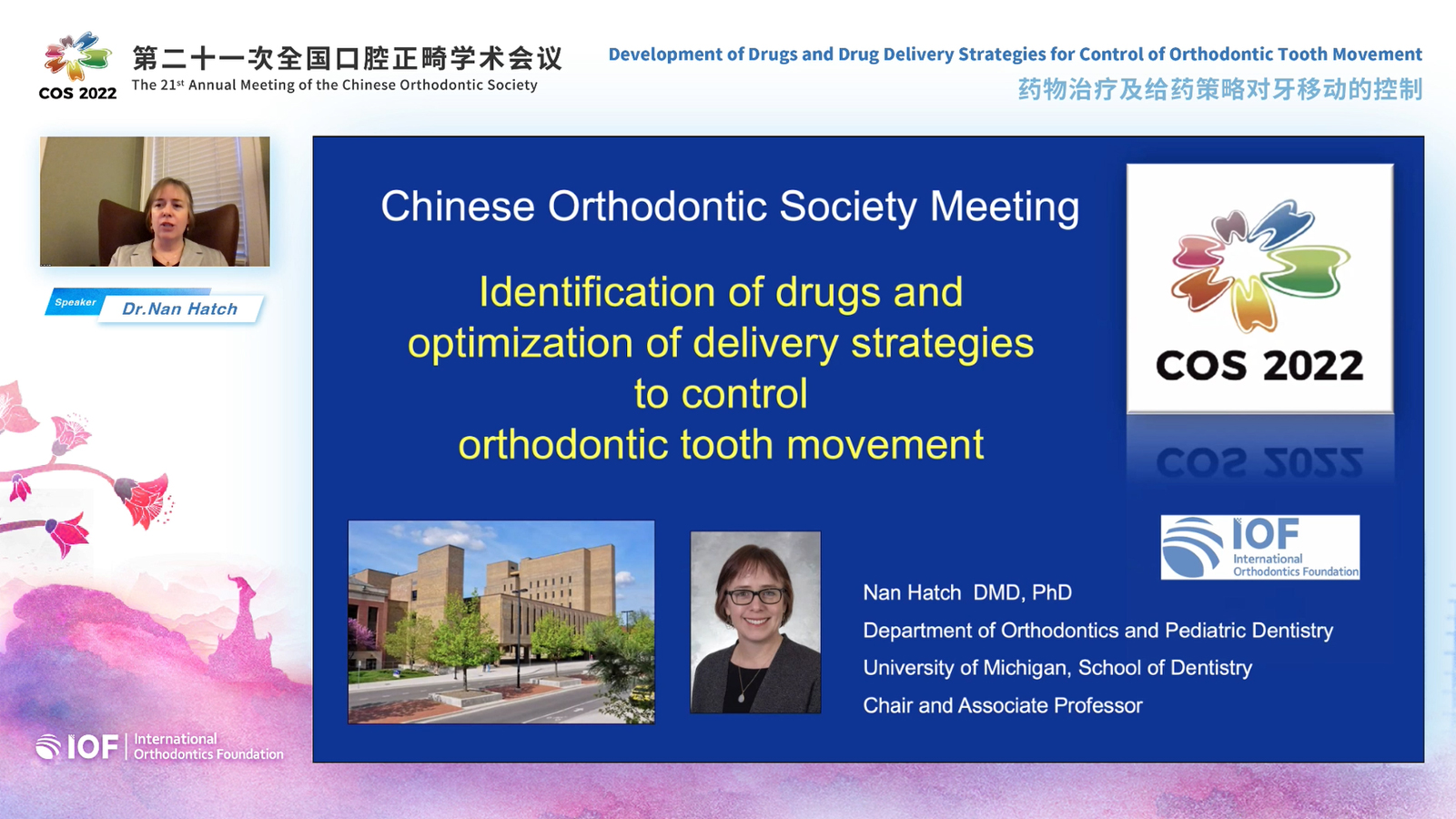 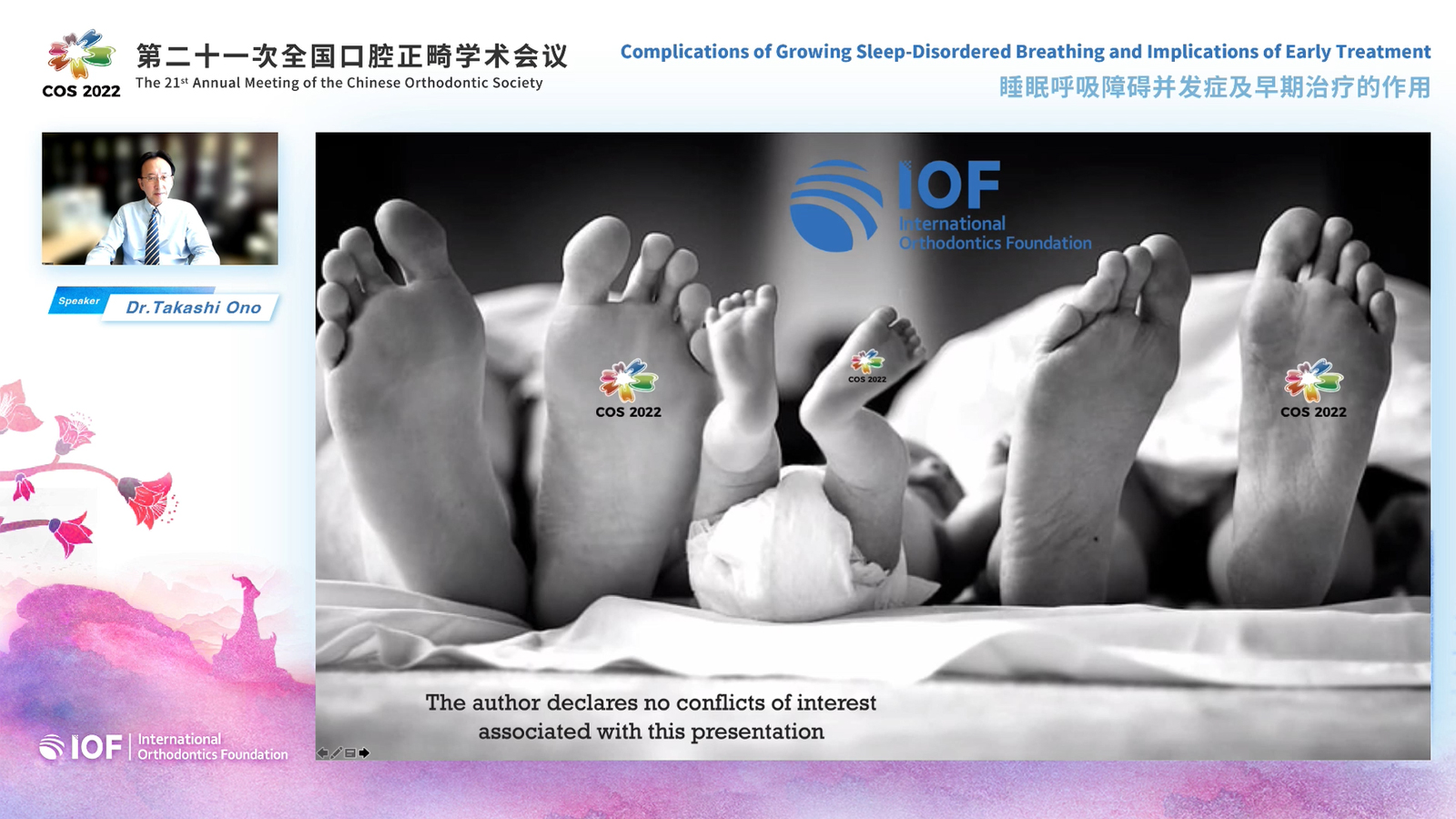 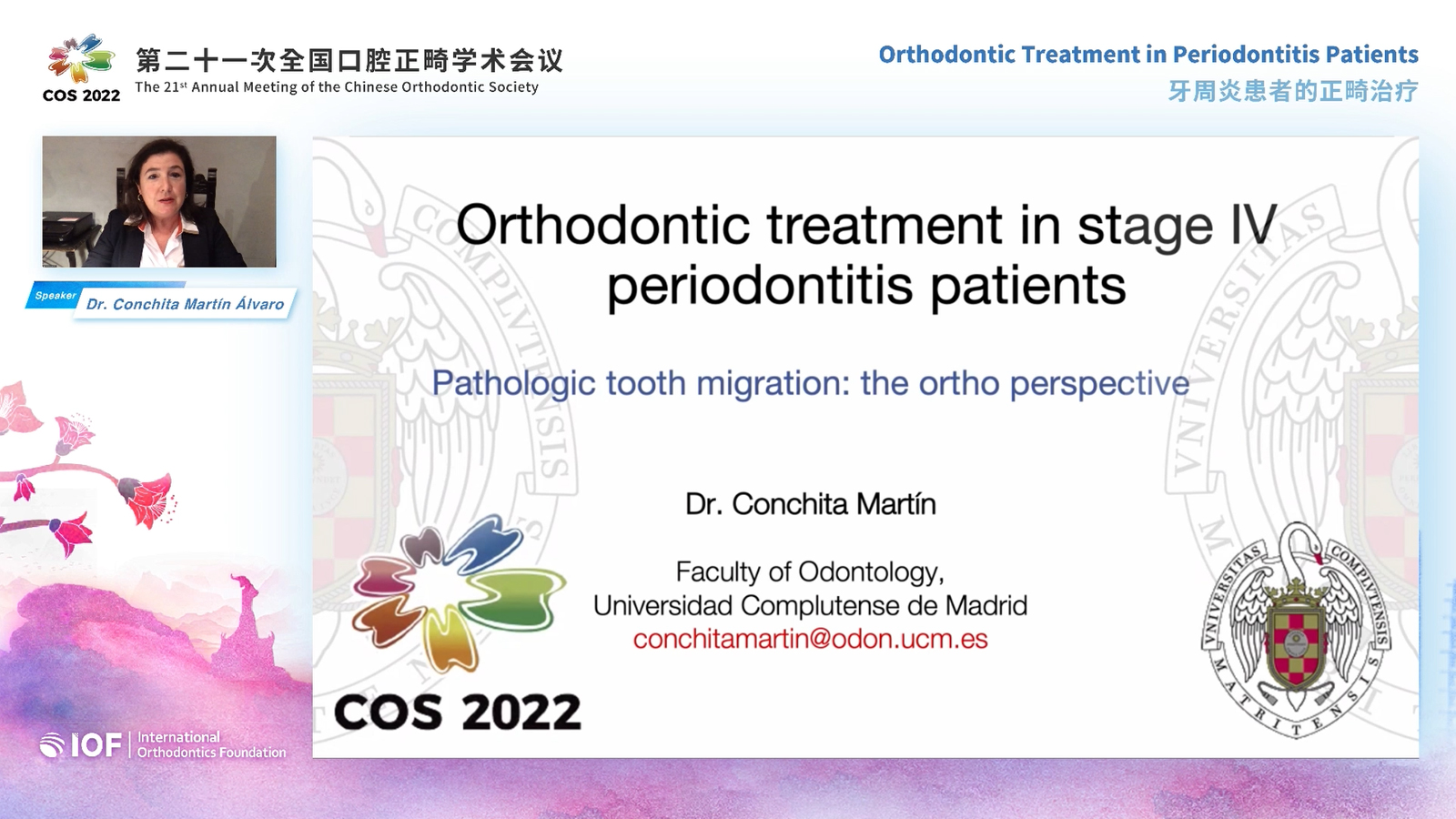 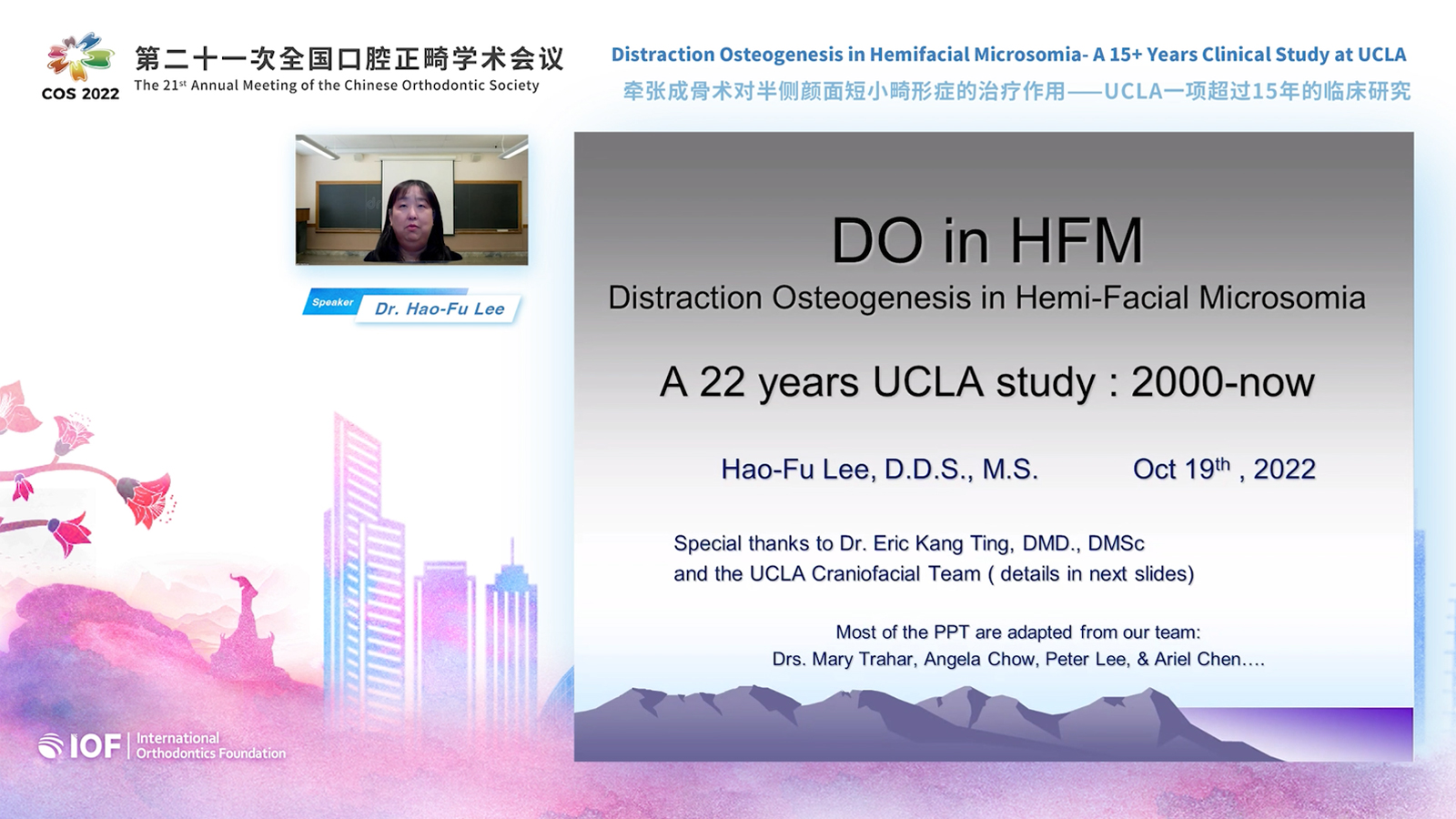 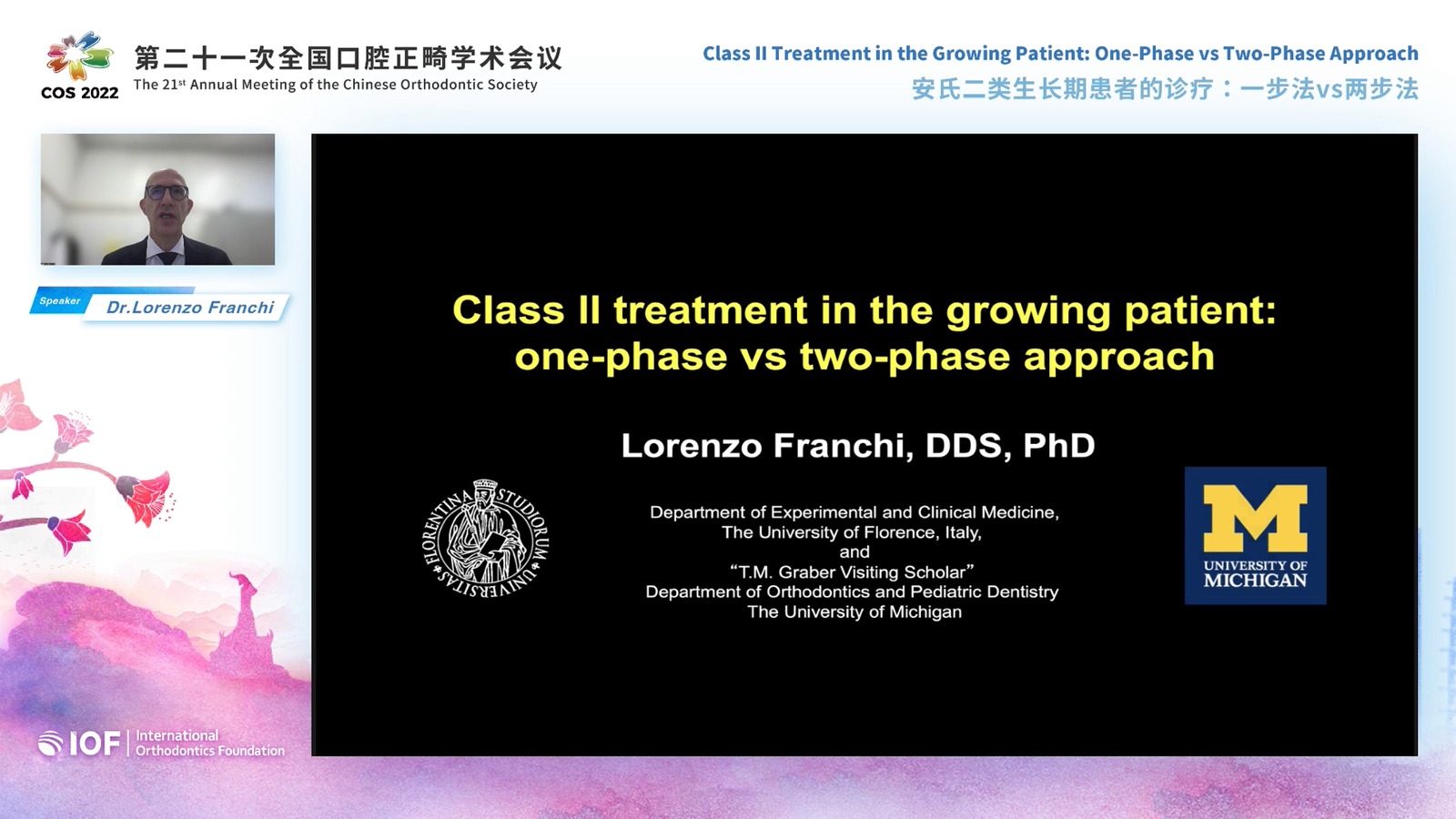 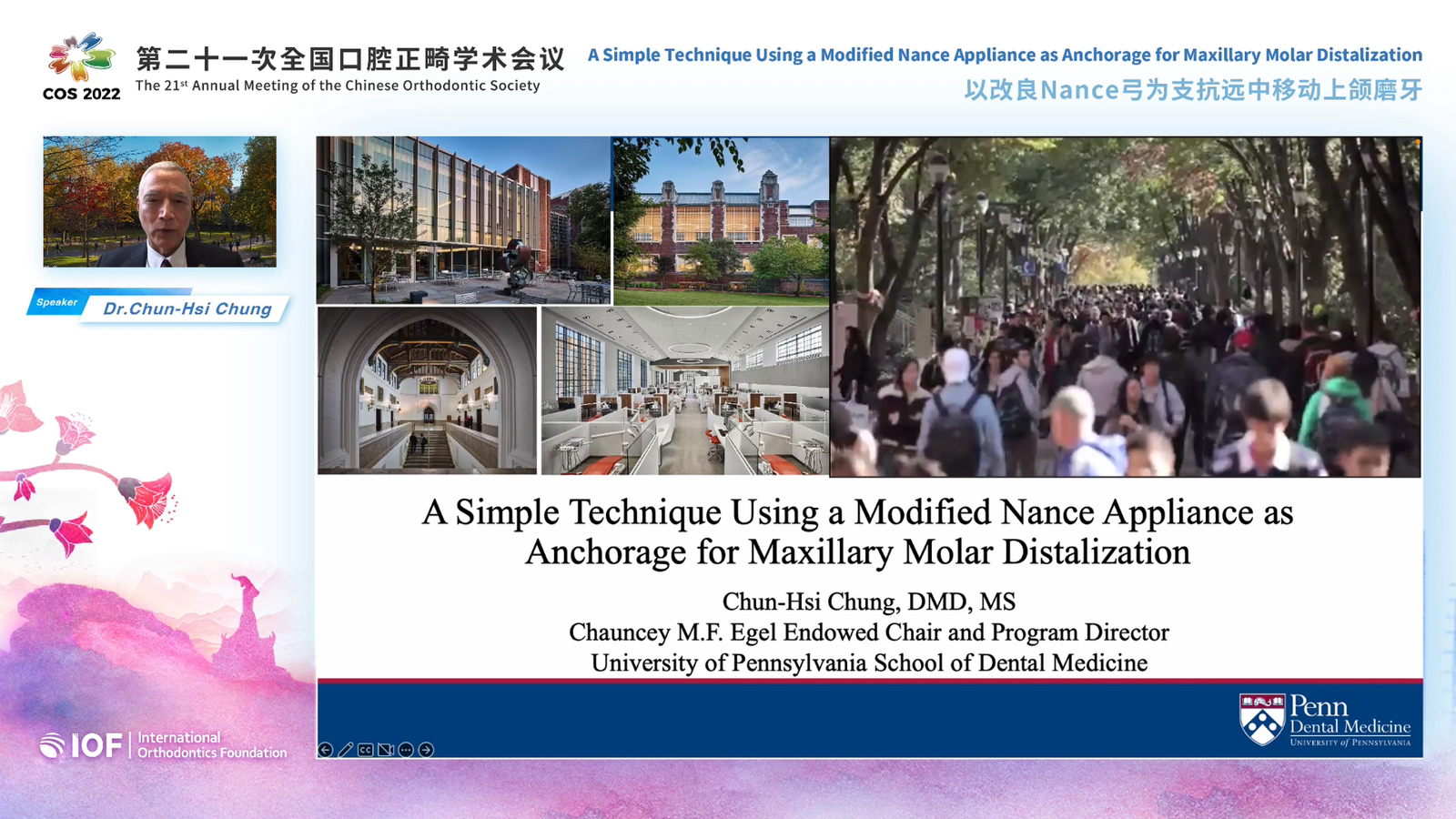 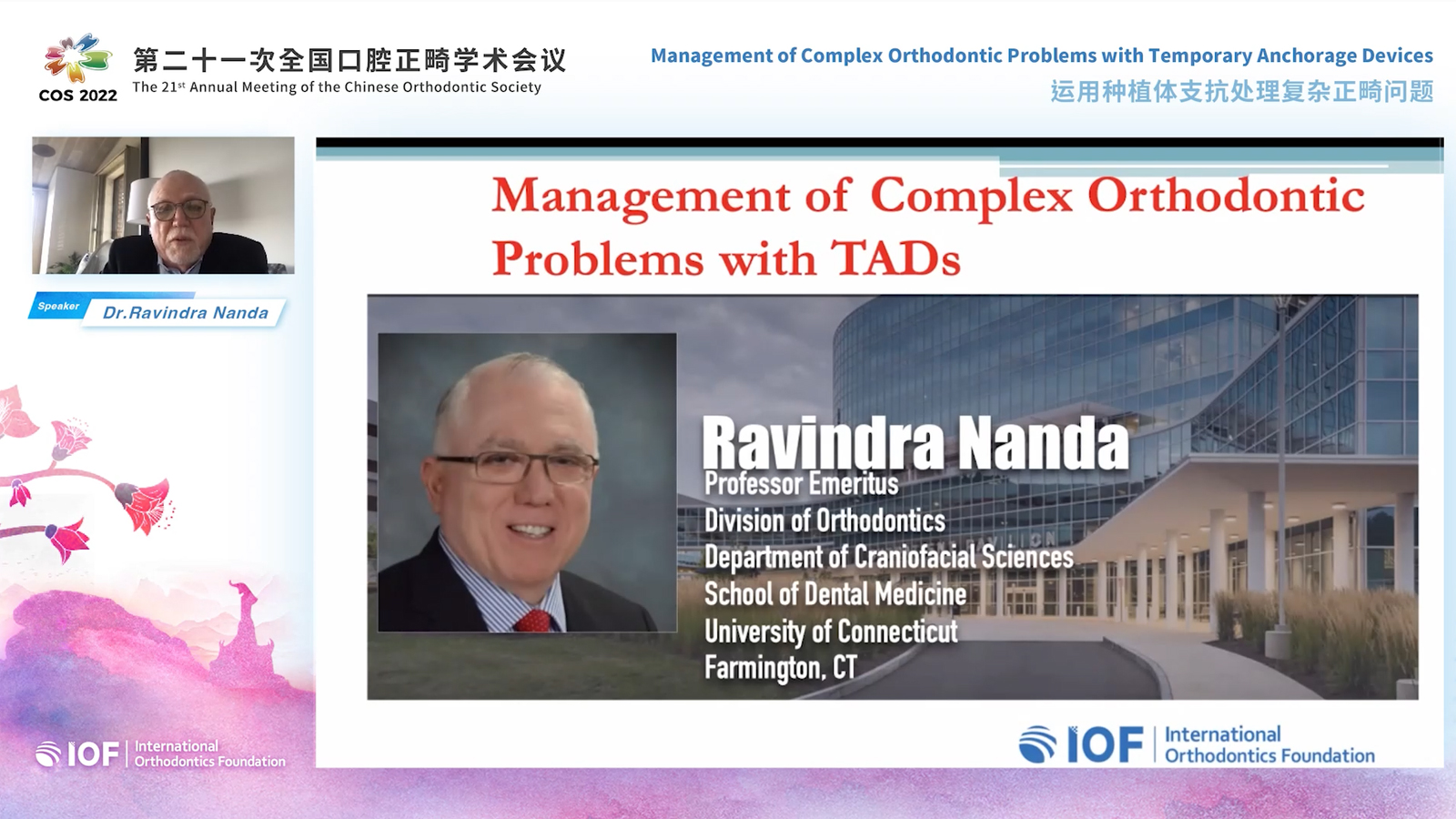 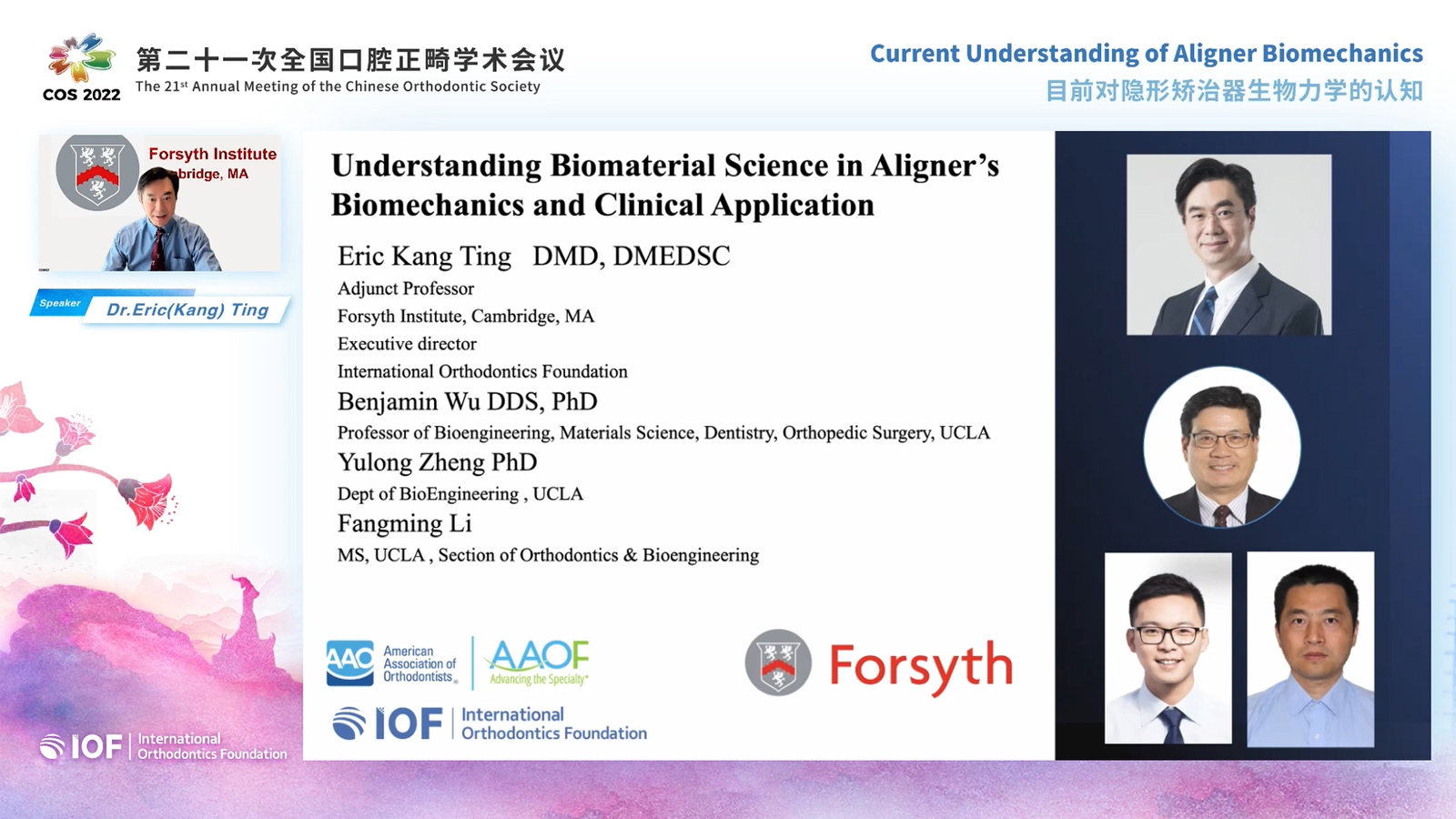 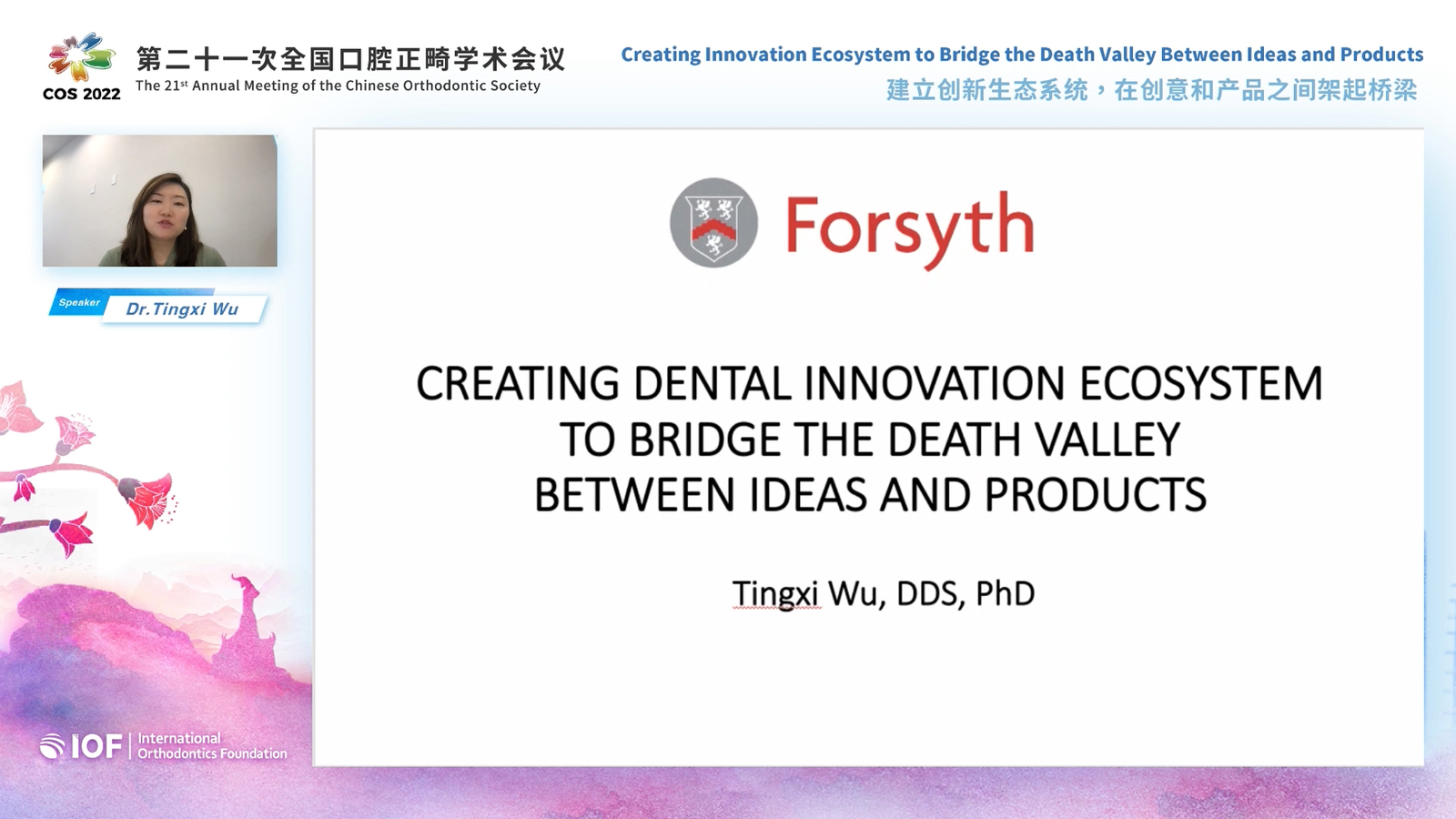 2023-01-04
Creating Innovation Ecosystem to Bridge the Death Valley Between Ideas and Products-Dr.Tingxi Wu 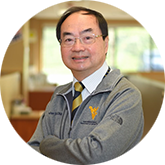 Dr. Ngan is a Fellow of the American College of Dentists, the International College of Dentists and the Pierre Fauchard Academy. He is also a member of the Angle East (Eastern Component of the Edward H. Angle Society), the International Association for Dental Research, the American Dental Association, the American Association of Orthodontists, the American Dental Education Association, the American Academy of Pediatric Dentistry and the American Association for Dental Research. He has published more than 150 original research and clinical papers in refereed journals and 170 abstracts, including contributions to several monographs and textbooks. He focuses on the early treatment of dental and skeletal malocclusions, and his research interest includes growth and development, biology of tooth movement, dentofacial orthopedics, orthodontic appliance therapy, oral implantology, orthodontic bonding systems and adult interdisciplinary treatment. 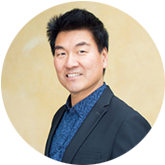 Dr. Won Moon is the Founder/CEO of the Moon Principles Institute (“the MoonLab”) and a Co founder/Chief Innovations Officer of BioTech Innovations. He served as the Thomas R. Bales  Endowed Chair in Orthodontics for the orthodontic residency program at UCLA School of Dentistry  (2013-2020), and he currently holds two academic positions: Full-Professorship at Ajou University  School of Medicine, and Adjunct Professorship at the Forsyth Institute. He has been a Diplomate of the American Board of Orthodontics since 2002. He completed his dental education at Harvard and  orthodontic education at UCLA. He studied mathematics prior to dentistry, and his research topics  include 3D image analysis utilizing surface mapping functions and Elliptical Fourier’s Descriptors,  Genomewide Association Study of Craniofacial Phenotypes, Finite Element Model (FEM)  Development and Simulation, Applications of 3D Printing in Orthodontics, Orthopedic Correction,  Airway Changes with Orthopedic Corrections, Accelerated Tooth Movement, Micro-implant (MI)  Design study, Digital Workflow, and Aligner System Development. His work has been published in  various journals, not necessarily limited to orthodontics because of his physical science background,  and he is a co-author of six textbooks. He has presented these findings in 42 countries, totaling over  500 presentations. He received multiple research grants during his tenure at UCLA, including the  Groundbreaking Research Project Grant Award in 2014. Besides the numerous research and  presentation awards over the years, he has received the “Faculty of the Year Award” multiple times at UCLA Orthodontic Program, and he was the recipient of the “Lifetime Achievement and Faculty  Dedication/Excellence Award” in 2019. His current focus has been establishing protocols for  orthopedic corrections with MI, improving the airway for patients with nasal obstruction, creating  virtual patients utilizing image analysis and FEM, and developing a novel Moon Aligner System.

His interest in aligner systems began in 2010 as the aligner systems became popular, but they had  countless shortcomings and could not achieve optimal orthodontic results. He has won the Center  Award Grant from the American Association of Orthodontic Foundation (AAOF) in 2018 as a Co-PI of  the research project, “Standard Characterization of Clear Orthodontic Aligner”, and the goal of the  project was to develop protocols that can be used to evaluate the mechanical properties of clear  aligners. He was also invited as a keynote speaker for the Congress of the Spanish Society of Aligners (SEDA) and National Congress of Italian Aligner Society (SIALIGN) in 2021. He is currently involved  in multiple aligner research projects in collaboration with national and international colleagues. He  holds multiple patents, three of which are aligner related, and more patents are on the way.

His interest in mid-facial expansion began in 2004 as micro-implant became available in the USA, and  he is responsible for developing Maxillary Skeletal Expander (MSE), a unique micro-implant assisted  rapid palatal expander (MARPE). He has been active in advocating non-surgical skeletal expansion in  both children and adult patients, especially for those who may suffer from airway restrictions. His  presentation in MSE has been widely accepted internationally, and numerous peer-reviewed  publications are available. Dr.Carlos Flores-Mir
Orthodontic Graduate Program Director Associate Chair, Graduate Studies UNIVERSITY OF ALBERTA College of Health Sciences Faculty of Medicine and Dentistry
Dr. Carlos Flores-Mir received his Postdoctoral Fellowship in Orthodontics from University of Alberta (Canada) in 2005.
Now he is the Orthodontic Program Director of University of Alberta. He is also an associate editor served with The Angle Orthodontist, Dental Press Journal of Orthodontics, Journal of World Federation of Orthodontics, Orthodontics and Craniofacial Research. He has published 376 peer-reviewed articles and his research has generated 9 book chapters related to Evidence-based Dentistry.
more >>> Dr.Ben Wu
Professor and Chair Division of Regenerative and Reconstructive Sciences School of Dentistry, UCLA
Prof. Ben Wu obtained his Advanced Prosthodontics certificate from Harvard School of Dental Medicine, and Ph.D. in Materials Engineering from Massachusetts Institute of Technology.
He is currently Professor and Chair of the Division of Regenerative and Reconstructive Sciences at the School of Dentistry at UCLA, unifying the sections of Advanced Prosthodontics, Endodontics, Orthodontics, Periodontics, Special Patient Care and Maxillofacial Prosthetic. He is also Director of the UCLA Weintraub Center for Reconstructive Biotechnology, and former chairman of the Department of Bioengineering at the UCLA School of Engineering.

His active biomaterials research program has produced more than 240 peer-reviewed articles, over 30 patents, 21,000 citations, and several start-up companies.  He has been continuously funded by the NIH for over 20 years and is principal investigator of a center award funded by the American Association of Orthodontists Foundation to establish objective testing methods to characterize orthodontic aligner materials.  Prof. Wu serves on numerous advisory boards for government, academia, and industry, and is a fellow of the Academy of Prosthodontics and provides prosthodontics patient care at UCLA faulty practice clinic. 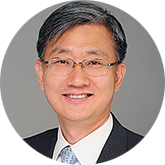 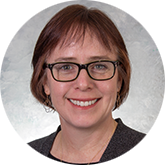 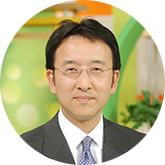 He studied at TMDU, the University of British Columbia, Canada and the University of Copenhagen, Denmark. Prof. Ono worked and has been working as an Adjunct/Visiting Professor at 6 domestic and 5 international universities. He also serves as an editorial board member for 12 international peer-reviewed journals. He has published 11 book chapters and 286 scientific articles and has been invited extensively for lecturing nationally and internationally. Prof. Ono is a recipient of IADR/AADR Williams J. Gies Award in 2018, SIDO Anthony Gianelly Award and Honorary Membership of Taiwan Association of Orthodontists in 2020. He was appointed as Chairman of the 9th International Orthodontic Congress (IOC) in 2020, and is currently a member of the Executive Committee of the World Federation of Orthodontists (WFO).

Dr. Conchita Martin
Professor of Orthodontics and Research Methodology, the Universidad Complutense of Madrid (UCM) Faculty of Odontology, Madrid, Spain"
Dr. Martín holds the position of Clinical Teacher at the PostGraduate Program of Orthodontics at the university of UCM since 1996. She is a specialist in Orthodontics, having completed a 3-year postgraduate program at the University Complutense of Madrid and complementary postgraduate studies at UCLA.

She received her Doctorate Degree in Odontology (Dr Odont) at the University of UCM. She is a specialist in Statistics and Experimental Design, having completed a Masters’ Degree at the University Autonoma in Barcelona. Now She is also on the editorial board of the European Journal of Orthodontics. She is currently the PI of the research group “Craniofacial Biology: Orthodontics and Dentofacial Orthopedics” (BIOCRAN) officially recognized and funded by the Spanish Government. Her past responsibilities in research involved the participation in two other research groups, one dealing with masticatory muscle physiology and neuromuscular activity in different malocclusions (mainly posterior cross-bites), and the ETEP research group: a multidisciplinary research group in aetiology and therapy of periodontal diseases, that covered topics such as biology of tooth movement, antimicrobial approaches in the treatment of gingivitis, periodontitis and peri-implant infections and bone and soft tissue biology. 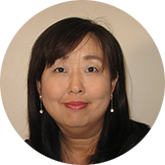 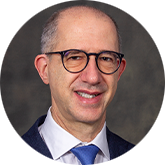 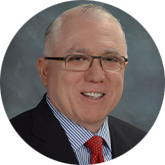 Dr. Ravindra Nanda
Editor-in-Chief, Progress in Orthodontics Adjunct Professor, Forsyth Institute, Cambridge, USA Professor Emeritus Division of Orthodontics School of Dental Medicine UConn Health, USA
Dr. Ravindra Nanda is part of the founding faculty of the School of Dental Medicine and has been associated with the University of Connecticut since 1972 where he also holds the title of professor emeritus in the Orthodontics Division.
He is also an adjunct professor at the Forsyth Institute in Cambridge, USA. He is an innovator of various appliances in orthodontics. His research and clinical interests include adolescent and adult orthodontics, the biology of tooth mobility, craniofacial orthopedics, biomechanics and developing efficient mechanics to deliver orthodontic care.
more >>> 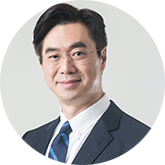 Dr. Eric (Kang) Ting
Executive Director of IOF Adjunct Professor, Forsyth Institute, Cambridge, USA
Dr. Kang Ting currently is an adjunct professor at the Forsyth Institute, Cambridge, MA, USA. He was formerly the Academic Senate Tenured Professor and founding chair in the Division of Growth and Development at UCLA.
The Division comprises the Sections of Orthodontics and Pediatric Dentistry. Besides his teaching and clinical responsibilities in Orthodontics, Ting’s original research has received well over 6,000 citations. It has been published in many leading journals, including Nature Communications, Journal of Clinical Investigation, PLOS One, Proceedings of the National Academy of Sciences, Journal of Bone and Mineral Research, and Biomaterials, etc. In 2018, Professor Ting and his team received the International Space Station (ISS) Innovation Award For Biology and Medicine for Development of NELL-1 Bone-Growth Systemic Therapy by the American Astronautical Society. Dr. Ting has received over US 30M in funding as a key investigator in his career.
more >>> 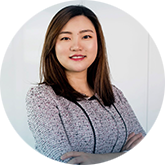